Blog Home by stanley on 6 Feb 23 in dating

As a Facebook user, you might have encountered some incredibly annoying people. As fate will have it, blocking is their quick solution. Facebook lets you block someone, and vice versa, so that you can’t see their posts, comments, and invites. You will not be able to interact with them at all. Isn’t that fantastic?

However, if you change your mind, you can always unblock someone you’ve blocked. But how is that even possible? Unblocking a friend on Facebook can be challenging for many people. It seems that the unblock friend option is tucked away in a hard-to-find location. Therefore, we have decided to show you how to unblock a Facebook friend in order to avoid the hassle of endless searching and anxiety.

Some people may have accidentally blocked someone on Facebook and want to start the process of unblocking them using the Facebook app or the Messenger app on the web app. 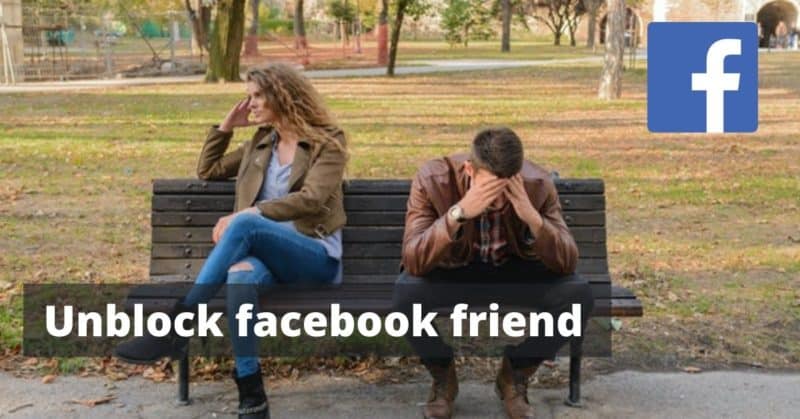 A lot of times some Facebook users may be so disturbing that we can’t help but block them.

Blocking of persons on Facebook is fear and easy to use at any time you feel the need to.

Unblocking someone on Facebook is a simple and quick process. It can be done in about thirty seconds if you know where to look in the settings. To summarize how to unblock someone on the Facebook Android app firstly, Go to the menu bar to find the unblocking settings. It’s in the upper right corner of the Facebook interface. Select Account Settings when you find it.

Then you will go to the blocking option, which has all the friends you may have blocked on Facebook. So you will locate the friend you want to unblock and tap at the unblock button and tap on the unblock option only once and confirm on the pop-up menu.

Why and When I Should Block?

Well, it has to do with what you want or how you feel. Some persons may get constantly annoying from time to time and may still not be blocked. But if you get constantly harassed or verbally assaulted by someone on Facebook, it may be a good reason to block somebody. You shouldn’t even argue with them, just block. That is it. Blocking on Facebook can be done via the mobile app or web version. But what if you have decided to unblock someone who you may have earlier blocked below are guidelines on how to do so.

In the end, you can choose who amongst the friend list, you’d unblock.

What Actually Happens When I Block Someone on Social Media?

There are plenty of reasons why you would prefer to block a Facebook user.

Perhaps it’s your annoying aunt who constantly pinning swimsuit pics to your wall, or it might be a wild client who has a habit of trying to bring you down.

In either case, it’s crucial to understand what happens—or doesn’t happen—when you block someone on Facebook

When You block someone on Facebook, what takes place? The user you block will never be notified that you have restricted them on Facebook.

The person will be oblivious of your existence until they search your username  OR notice that your posts, comments, and photographs have vanished.

Blocking someone on Facebook is usually a straightforward process.

Will your text messages and conversations be deleted when you block someone?

You’ll be allowed to access past messages and chats on Facebook, but you won’t be authorized to initiate any new ones. The message is usually stored, but no new ones can be created.

Bullying, a break-up or a pang of guilt are all popular reasons for blocking someone on Facebook. If you drop a chat to any Facebook user and then swiftly block thir profile, they can still view your message.

That’s all on how to unblock people on Facebook.

This is a tale about the virtue of forgiveness. Everyone makes errors in life, and some of them are serious enough to justify a Facebook block.

To be clear, unblocking someone means they can see anything you post publicly, but it doesn’t imply you’re now friends on Facebook. You must take the extra step of sending them a friend request to accomplish this.