In the meanwhile, you may still be able to use Facebook Pay while the global rollout of Meta Pay continues.

Facebook pay, as the name implies, is a payment tool on the Facebook website that is distinct from other payment apps you may be familiar with. 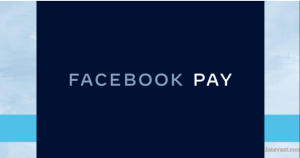 With Facebook Pay, you can send money to family members, and business clients if they are Facebook friends or pals, donate to fundraisers, pay for things, and so on.

All it requires of you is a debit card number, and you can easily make payments from any conversation. Interesting right? Thought as much.

Due to the nature of the design of the Facebook pay app, you make payments across popular social networks and apps on Facebook.

According to internal corporate documents, Facebook Pay will operate independently of the forthcoming Calibra wallet and Libra network, making use of preexisting financial institutions and networks.

It is a new service of payment that allows users to send and receive money from the Facebook family apps of Facebook, Instagram, WhatsApp, and Messenger.

The Pay service is quite similar to Google Wallet, Venmo, and Apple Pay which allows users to transfer money directly from their credit cards or bank accounts.

It is no doubt that people tend to be extra careful with dealings related to money but, you have nothing to worry about, the service is safe and very secure.

About a hundred more Facebook users have been using the Facebook pay feature to make purchases, with the app’s security being the sole reason for this.

The service is also accepted in the Facebook marketplace. But the Pay has no fees and does not store money in an online account.

Although, Facebook has an existing service called Payments that worked with the messenger. But the Pay service works with credit cards and will maintain a transaction history.

The service must be individually set up for each of the apps. So signing up for the Pay service on Instagram will not set up the pay for WhatsApp automatically too.

Also, Pay accepts most of the credit cards that are major which includes, including Visa, MasterCard, and users can also connect with a PayPal account.

The service can trigger its own security and pushback among privacy watchdogs because of the company’s plans to make use of the transaction data of the people in its multibillion ad business.

If you are wondering how the service works, well below are tips on how it works;

To summarize, if you want to learn how to use Facebook pay, go to the app’s settings and add your preferred payment method before beginning your transactions.

To access the Pay service is as simple as that. Once your Facebook Pay is available on your WhatsApp and Instagram, you will be able to directly set up each app.

Is it safe to use Facebook Pay to make payments?

What is the procedure for creating a PIN?

In order to use Facebook Pay, you must have your PIN and biometrics set up. To do so, go to facebook.com/settings and choose “Facebook Pay.”

As part of its security efforts, Facebook has the ability to immediately seek PIN verification before allowing certain types of transactions that appear to be anomalous behaviour.

What is the process for receiving money using Facebook Pay?

If you’ve previously set up Facebook Pay, you’ll get a notification whenever anyone pays you cash.

This will resemble the alert you’d get if you received an ordinary message, and it will validate the money being paid as well as the sender’s name.

You won’t have to do anything to get the money; it’ll just show up in your connected bank or PayPal account right away.

If someone sends you money and you do not have a Facebook Pay account, you will still receive a message asking for your card or PayPal information.

Both Facebook Pay and PayPal allow you to send money to people and businesses.

However, they are not the same thing. Facebook Pay is less robust than PayPal in terms of reach and app compatibility, despite Facebook’s own prominence as an online payment system.

People who use Facebook and Messenger frequently, whether it’s to interact with friends or keep up with businesses, will likely find Facebook Pay to be very valuable.

PayPal is more accessible and well-known around the world as a dominant player in digital and retail payments.

While Facebook Pay is supported by a growing number of merchants, PayPal is accepted by a wider variety of stores across both aggregators and standalone websites.

Facebook Marketplace is the place to go if you’re looking for a great deal on your favourite brands or discovering a new and exciting gem you just can’t live without.

Give as much as you can

Make a donation to Facebook Fundraisers to express your support for projects that are important to you, such as charities, non-profits, and local campaigns.

Facebook now offers a payment option through a service called “Facebook Pay.” This function is currently accessible in select countries on Facebook and Messenger and will roll out to Instagram and WhatsApp in the near future.

Facebook Pay will continue to expand to more applications and regions, with the goal of reaching a larger audience over time.

Also, create a PIN (or use the fingerprint scanner on your device) to enter before a transaction is finalized for an added layer of security.

Feel free to drop any questions or contributions regarding this article in the comment section below.